Nimbus for Screenshots and Screencasts #CoolChromeExtensions 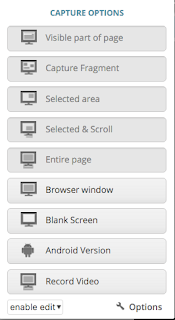 Getting feedback and ideas from others is one of the biggest reasons why I love writing blog posts. I recently shared a blog post about Share and Send Screenshots. After making the post, I received a comment from Kevin, who suggested that I take a look at Nimbus.

Nimbus is an awesome tool to annotate screenshots or create your own screencast! Just like Share and Send Screenshots, this tool is very simple to use; however, it offers more features like: 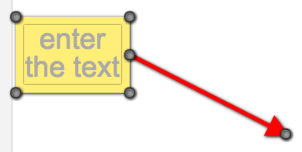 From an annotation standpoint, I love some of the tools it offers. One of my favorites is the Draw a Note tool. It combines the power of a post-it note with an arrow attached to point to your object.

After you have created your annotated screenshot or screencast (video), you can easily save and share. You can save to:
Nimbus also gives you the option to print too! Do you have any other ideas? I would love to feature them in my blog! 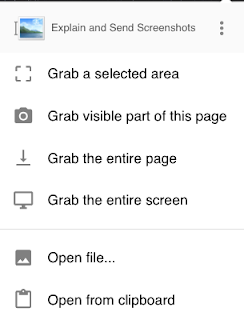 Sharing directions can be challenging, especially if you are not an auditory learner. Tools to annotate and share are especially helpful inside and outside of the classroom.

Explain and Share Screenshots is a simple and effective tool to use to annotate and share screenshots of your favorite webpages on your Chrome browser.

The simplicity of this tool is one of its strengths. You can use it to take a screenshot of a selected area, visible part of the screen, or the entire screen.

Once your picture is downloaded, there are many different options and tools to annotate your screenshot.


How Does It Work?

Prior to using the extension, make sure that you have downloaded it from the Chrome Store. Watch this helpful video on how to use:


Annotation tools are a great way to give directions, demonstrate understanding, or explain a concept. You could easily use this tool to: 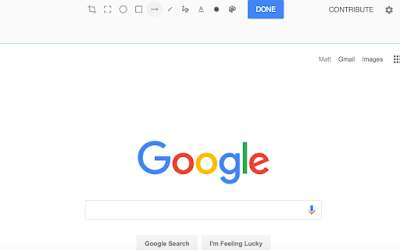 Learn a New Language with HelloTalk

In an increasingly global world, it is more important than ever to communicate across languages. A good tool to do so is the HelloTalk iOS and Android App. 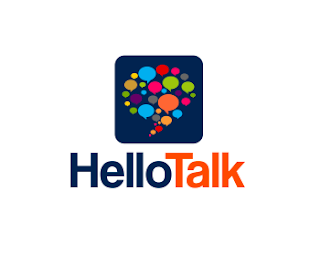 While our schools are often limited to teaching languages like Spanish, French, and German, choose over 100 languages to learn instantly on the HelloTalk App.

Once you register, you will be able to quickly meet native-speaking language partners from around the world. Users can connect and communicate via the App in numerous ways:

Want to learn more? Check out HelloTalk's website.
at December 23, 2015 No comments:

Teachers are always looking for different ways to assess students. Here is another assessment App available on the iOS, Android, and Chrome Stores called Grade It Now.

What is Grade It Now?
Essentially Grade It Now is the equivalent of an electronic Scantron sheet. Teachers create an assessment and develop an answer key filled with multiple choice questions.

I have to admit, when I first saw this App, I was excited at the possibility of another App like Socrative, Kahoot, or Quizziz; however, I was very disappointed that it is the equivalent of a scantron sheet.

Snapchat has become a popular messaging application that our kids are using to send and share self-destructing pictures.

Who is using it?

The majority of Snapchat's users are between the ages of 13 - 34 years old. There are over 100,000 users of Snapchat are called "snapchatters," who use the service to send pictures, videos, and stories with other snapchatters. Businesses are even turning to Snapchat as a way to connect with potential customers

Snapchat gained popularity as a messaging application that allows someone to send and receive "snaps" (pictures, drawings, and video) that self-destruct from 1 to 10 seconds. It is very similar to sending and receiving text messages; however, the biggest advantage is that messages self-destruct.

When was it created? Where is it available?

Snapchat was created in 2011 as a free application available on the iTunes and Android store.

After you have downloaded the application from the iTunes or Google Play store, you will need to create an account. Once the application is open, it will ask for access to your camera, so that you can begin taking "snaps" or pictures or video. After you have taken a "snap," you have the ability to customize the message, annotate, set the time length (between 1 - 10 seconds), and decide who you are sending it to.

There is also a feed with all of your sent "snaps,"  and "snap" replies known as "snapbacks." There is also a "story" feature, which is a way of sending and grouping multiple "snaps" to a mass group of your friends. It only lasts 24 hours long and disappears after this time.

Items for Parents to Consider:

What is the AfterSchool App?

There has been a lot posted recently about the AfterSchool App after several incidents have emerged.

Who is using this App?

The AfterSchool App is currently being used as a way for high school students to annonymously express their thoughts and feelings. It is very similar to another App called Yik Yak that is used primarily on college campuses. The App is currently available on over 22,000 high school campuses across the United States.

The AfterSchool App is an anonymous message board app available on iOS and Android devices for high school students. Students can make anonymous posts for everyone at their school to see.

When was it created?

This App has actually been around since November of 2014, but was pulled from the Apple after several concerns about safety appeared. It reappeared with several safety improvements in April of 2015.

Where is it available ?

As of December 2015, the AfterSchool App is an iOS and Android App available to high school students across the country.

Why was it created?

The App was created to be a "safe" place where they can express their thoughts, feelings, and opinions without adult supervision on anonymous message boards.

Many adults have tried signing up for the App; however, the App uses algorithms to determine whether the person is an "imposter." The algorithm searches Facebook friends and profile information and even the language that you use in posts.

As mentioned earlier, there have been several safety features since its relaunch in April 2015. Here are a few:


What can parents do?

Want to get your student's tweeting without Twitter? Use this amazing Google Form resource is called Tweeter Board, which was developed by Tammy Worcester Tang. This amazing resource is a Google Form that collects data into a Google Spreadsheet. It is a great resource to use the power and engagement of social media without needing to use social media!

You will want to visit: http://tammyworcester.com/class-tweeter-template/ to make a copy of the Google Form Template. Once you have made a copy, you will want to begin setting up your form by following the step-by-step instructions found in the Spreadsheet.


Once you have the sheet up and running, you will want to share the Google Form with your students. Tammy's Spreadsheet actually generates a shortened URL and QR code to make sharing easy.

The form can be set up so that you can approve and moderate comments or have comments appear on the Tweeter Board tab (tab number 4) at the bottom of your screen.

How can I use it?

Use this as a tool to collect valuable information from your students. Have students summarize today's lesson (in 140 characters or less of course!). Have students give back feedback, make predictions, share what they have learned.

Create Your Own Google Dropbox with The Work Collector

Work flow is always a discussion in 1:1 and BYOD environments. Tools like Google Classroom, Edmodo, Schoology, and Dropbox are great ways to collect student work, but I want to introduce you to another excellent tool that combines the power of a dropbox and Google Drive.

The Work Collector lets you collect student work on a computer or tablet, then place it automatically in your Google Drive. I first learned about this tool from The Techie Teacher, who introduced it in this blog post. Thank you!

First you need to create your own work collect by following the instructions to install this script. It is very easy to do! 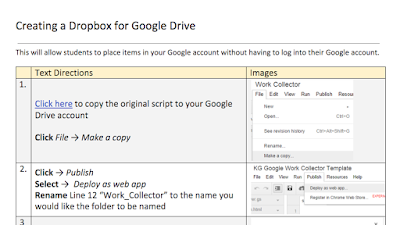 Next, you will need to share the link to The Work Collector with your students. The Techie Teacher recommends bookmarking the URL or developing a QR Code for student's to access. Need more info on QR Codes? Check out my post. 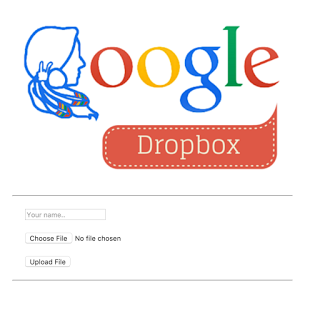 Finally, have your students add their name, choose the image or file from their device, and upload. Student work will be placed into a Google Drive folder, much like Google Classroom does.

What are your favorite ways to collect student work? The Work Collector may need to be added to your arsenal. Not only is this a great way for students to turn in work, but it can be a great way to collect files and images during professional development.  student work
at December 06, 2015 3 comments: 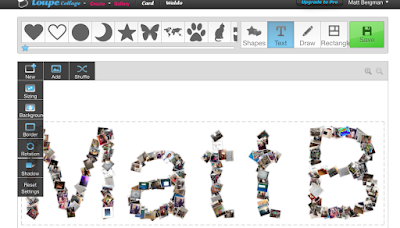 I know it may sound cliche to say a picture speaks a thousand words, but Loupe Collage actually makes this expression true! This web-based application and Google App literally turns your pictures into a shape (or word) collage.

Here are some ideas that you could use Loupe Collage for!


You can easily save your photo without an account - if you don't mind a little watermark!